You are here: Home / blog / How Women can Avoid Conniving Con Artists 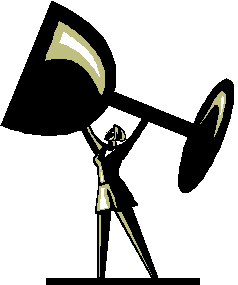 Call it a case of sour grapes. More like 45 cases. I was bamboozled for booze by a former friend who solicited money for an exclusive wine club. Red flags were slapping me in the face but I couldn’t see beyond my rosé-colored glasses.

I don’t enjoy broadcasting my stupidity but I hope my mistake can prevent other women from being swindled by shady shysters. The guy sold a snake oil deal disguised in a wine bottle, so of course I willingly imbibed in his exciting new venture known as Vinemakers LLC. (Note: In this case, Limited Liability means the managing partner didn’t need to honor the contract.)

The result of being a sucker: I lost more than $30,000 and now have 540 bottles of unlabeled wine without foil over the corks. My house resembles a moonshine shack.

The wine is good – it received a 90 point rating from Wine Spectator – but not worth $56 a bottle. I can’t sell the wine because I’m not a distributor and it’s not labeled. My only options are to give it away at charity functions and to throw raucous parties. So come on over and step through the boxes and bottles. I’ll be in the corner wearing a dunce hat.

As a sobering public service, I now am qualified to offer my top five ways for women to avoid bad investments:

My final words of advice: Don’t avoid future risks but research any financial venture and know that if it’s too good to be true, it’s a lie. Finally, keep a sense of humor when faced with negative situations. For my pending party, I will have an altered game of Pin the Tale on the Donkey. Guess whose photograph is strategically placed?

Today’s blog is fueled by a 2008 Syrah. The grapes were from Columbia Valley in Washington, and the wine was bottled by the talented winemaker at Periple Winery in Garden City, Idaho. One down, 539 to go…