You are here: Home / blog / The First Motherless Mother’s Day 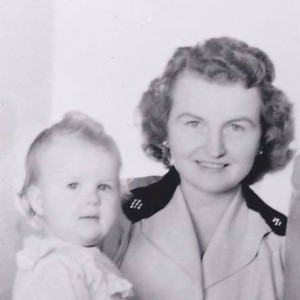 The first year of holidays without her is the hardest. I deliberately walk past the festive displays of Mother’s Day cards and ignore the advertisements for flowers, and I’ve tuned out the hype and the obligatory admonishments to do something, anything, for Mother. Because she died.

Experience taught me that time erases the sadness. Sometimes I forget my father’s birthday. He passed away 26 years ago, and now I don’t remember the sound of his voice. On Father’s Day, I send cards to my son and son-in-law and give a small present to my husband, and I’m grateful for my honored role as mother and grandmother. Now I have the new title of matriarch.

The cycle of life isn’t new; babies are born and people die. I accept that. But, I don’t know why some people suffer so much and others get to die peacefully in their sleep. Both my parents spent their last years in physical and mental pain, and I couldn’t do anything to ease their transition. Because of the visions of my parents lying ashen and twisted in their beds, when I’m too feeble to live with dignity, I intend to have a grand party before I exit this life and explore what is beyond. 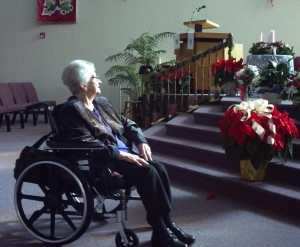 After a parent dies, there are the usual regrets from those still living. I should have visited Mom more often. Every time I got up to leave, she would clutch my hand and beg me to stay. I should have played her favorite music, opened her scrapbooks and patiently listened as she attempted to say words she couldn’t remember. I should have combed her hair again and brought her costume jewelry. I should have stayed longer.

The guilt consumes me every time I drive past her former assisted living facility. She lived in three rooms, progressing from resident to assisted living to terminal. Instead of a child passing onward to higher grades in school, she was going backwards with every physical and mental collapse. I used to cry in my car before and after every visit. I should have stayed longer.

I saved a wreath from her funeral. The flowers are dried and brittle, but I’ll take it to her grave on Mother’s Day. I’ll return again a week later on her birthday. I won’t forget the date. It’s May 20.