You are here: Home / blog / A Baby Died in an American City 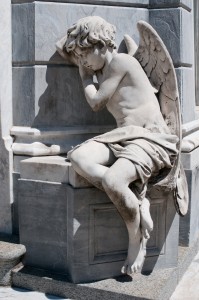 A baby died this week after a police officer diligently performed CPR in a frantic attempt to save her life. According to initial reports, the baby had ingested lethal illegal drugs. No one recorded the officer’s heroic measures or sent a video to the media. When the baby died, the officer wept.

This story isn’t about race, bad parenting, liberals or conservatives. It’s about a team of good police officers who worked to keep a baby alive and then responded to the next call. They were in full gear, working in 90-degree heat, upholding their pledge to serve and protect.

The current anti-cop hysteria has damaged the morale but not the mission of local law enforcement personnel. Every day they perform acts to help people, arrest criminals, solve crimes, calmly talk a person out of committing suicide, and keep the peace. They counsel foolish teenagers, direct traffic around a tragic wreck, respond to emergency situations, comfort a scared victim, remove children from dangerous homes, and watch each other’s backs. They act as school resource officers, neighborhood contacts, and charity volunteers. And, they weep over dead babies.

True, there are some bad cops; just as there are bad teachers, preachers, parents, and politicians. I openly condemn the rogue bullies in uniform, but they don’t represent the majority of law enforcement officers who work around the clock to serve and protect their communities. If you want to imagine life without law enforcement, watch the post-apocalyptic action adventure film, Mad Max Beyond Thunderdome.

Or consider the town of Ferguson, Missouri. The Kansas City Star estimates that the Ferguson riots, characterized as a spontaneous eruption of anger over the shooting of unarmed black criminal Michael Brown by Ferguson police officer Darren Wilson, cost the county $4.2 million. NBC News recently reported on the “Ferguson Effect,”  http://www.nbcnews.com/news/us-news/violence-spikes-some-cities-ferguson-effect-blame-n368526, that notes “Violent crime — killings, robberies, rapes and assaults — is rising in half of the 10 biggest U.S. cities, including Los Angeles, where the rate is up 25 percent. Murders are up in four of the biggest cities, most notably New York.”

Or consider Baltimore, Maryland. A recent article in The Atlantic, http://www.theatlantic.com/politics/archive/2015/06/baltimore-police-slowdown/394931/, details the spike in crime with an alarming number of murders and non-lethal shootings after the riots over the perceived police brutality in the death of Freddie Gray. After the riots, vandalism, and destruction, some think a police slowdown has resulted in the extensive increase in crime.

Now police advocates are writing about how the current anti-cop climate is beating the motivation out of cops, and the public is bearing the consequences. Read this article for a powerful insight: http://calibrepress.com/2015/06/slugs-vs-the-rest/.

The perceived racism must be addressed. An activist organization called Black Lives Matter, http://blacklivesmatter.com/, reports that every 28 hours a black man, woman, or child is murdered by police or vigilante law enforcement. In contrast, in 2013, the FBI reported that nearly 50,000 officers were assaulted on the job, and 76 were killed. The officers face a daily barrage of insults, defiance, and video cameras that never seem to record all the good deeds. In truth, all lives matter. 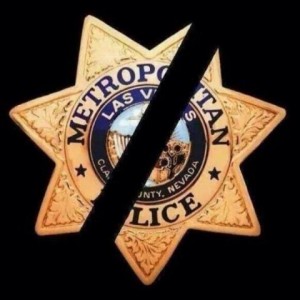 It’s important to filter out all the noise and focus on solutions to the problems facing officers and citizens. Most city and county departments have programs that allow citizens to ride in patrol cars so qualified adults can join police officers and experience what they deal with on an hourly basis. Community organizations can work together to address the issues, without violence or vandalism. We can support education for all races that want to work in law enforcement. We owe it to future generations to reach across racial, political, and socio-economic barriers to become good partners, neighbors, and law-abiding citizens.

I have a colleague named Raya Fagg whose many talents and interests include supporting the Black Lives Matter movement. She also supports the police and appreciates that they put their lives on the line daily to protect and serve. We both object to the ones who are corrupt and racist. She recently blogged about her complicated relationship with the police:   http://andstarringasherself.com/black-lives-matter/. With brutal honesty she writes, “It was an officer who called me a nigger when I was seven and played in a fire hydrant.”

Raya and I both have sons. Hers is an energetic teenage Boy Scout who deserves the right to live freely and have equal opportunities. Mine is an outstanding police officer who deals with emotional, life-and-death situations. We both want a better country, and we both pray for our sons to return home.