You are here: Home / blog / A Scholarly Defense of Class Clowns 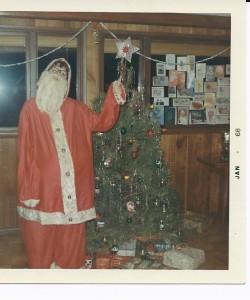 Psychologists, well-meaning intellectuals, and exasperated teachers will claim that the class clown is a disruptive, annoying problem-child who is disguising deep emotional pain by acting like an amateur comedian just to get attention. I say that’s academic nonsense because some funny people just like to cause laughter and that’s SO much better than instigating food fights in the cafeteria. I often played the coveted role of Santa Claus at my school’s parent-student Christmas parties, mainly because I was funny but also because my parents didn’t want to be seen with me in public.

Reflecting upon my irreverent behavior in school, I now want to apologize to all my teachers because I was the student from hell. Just ten minutes into a boring lecture, I would fake farts or sing songs from Fiddler on the Roof just so I could get thrown out of class amid guffaws from my snickering comrades in the back of the room. I have such fond memories of vocalizing “Matchmaker, Matchmaker” on my way to the principal’s office. Upon returning to class, I would often hum the more serious version of “Sunrise, Sunset.” Nothing signified contrite redemption like a poignant tribute to oppressed peasants solemnly singing about being laden with happiness and tears.

But I take solace in the words of notable experts who have studied the complex and compelling cornucopia of class clowns. For example, Dr. Maximus Foghorne, renowned specialist in adolescent behavior, noted that young people who desire to provoke laughter from a random audience often exhibit brilliant personal and professional success later in life.

“My studies indicate that society is far too critical of emerging performance and comedic personalities in early developmental stages associated with chronic boredom and the blameless inability to conform to preordained standards of serious decorum,” said Dr. Foghorne. “Obviously, the spirited and independent child should be celebrated and not condemned for outbursts relating to exuberant and animated behavior which often combines excessive energy with wicked wit to be channeled into outstanding achievements throughout adulthood.”

His astute assessments are endorsed by the esteemed Revival Center for Boisterous Behavior and Clinical Comedic Studies at the University of Clownhaven in Thesaurus, Italy.

“Playwrights, theologians, and itinerant thespians concur that the delicate line between absurdity and horror is reflected in our inherent ability to discern humor from tragedy,” said Credence Clearwater, PhD. and Director of the Revival Center. “What manifests as irritating immaturity is actually extraordinary genius frolicking in a grand masquerade into the ballroom of life. We should savor time spent with jesters and learn from their impertinent actions.”

Other professionals concur that the class clown should be tolerated and even praised for introducing sporadic bursts of joyful chaos into a regimented routine that without levity inevitably leads to disillusionment and disaster. So for now, let’s pay homage and offer sincere respect to silly people who can instigate laughter while writing complete fabrications as they present assorted falsehoods as total fact with unsubstantiated opinions. Just because the noted specialists in this article don’t really exist doesn’t mean they don’t really exist. Fun and fantasy trump reality every time. If you can’t be the class clown, sit near one and enjoy the show.