You are here: Home / blog / Midlife Cabernet: Don’t Fart during an MRI 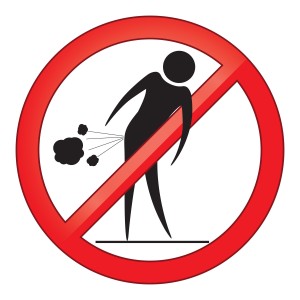 I share this true but pathetic story to commiserate with other tortured souls who relentlessly endure and survive extreme humiliation. We’re a group of accident-prone fools who regularly trigger embarrassing situations that would permanently traumatize a normal person. My experience this week will be difficult to surpass: I farted inside an MRI machine.

In medical terms, I had torn the meniscus cartilage that acts as a shock absorber between my shinbone and thighbone. In middle-age woman terms, two demons from hell invaded my body and lit fires in my knee and then danced around poking the raw nerves with electric forks. The pain was beyond intense, and the accident severely damaged my body so I couldn’t stand, walk, or even crawl to the wine bar.

Five drug-induced days later, I finally saw an orthopedic surgeon. He manipulated my knee until tears streamed down my cheeks and I threatened to tear off his arms. It should have been obvious that I was injured by the way I was ripping off chunks from the sides of the examination table. I silently vowed to add him as a nasty character in my next short story.  Finally, some lovely angel gave me legal narcotics. Soon my ravaged leg was a big, bandaged joke, and I laughed and laughed.

A few days later I experienced the MRI – a magnetic resonance imaging procedure that uses a magnetic field and pulses of radio waves to make images of damaged ligaments and joints. A handsome young technician helped me into the tube of terror and strapped down my leg. I nervously remarked that a first name usually was required before I allowed anyone to tie me in a bed. He didn’t laugh but ordered me to hold still for 45 minutes. So there I was, in pain, suffering from claustrophobia, moving on a conveyor belt into the white torture chamber, and I didn’t have a clue how to remain motionless. And, to complete the distress, my only audience wasn’t amused by my jokes.

After about 20 minutes, I started to get anxious. I was tied down in a tunnel and could only hear strange beeping noises and grinding sounds. For all I knew, they were deciding which body parts to extract and sell on the black market. Then a queasy feeling predicted a pending passing of gas. I bit my tongue, pinched my side, and tried to focus on a pastoral scene in a green meadow beside a babbling brook. I could hear my mother’s advice: “Squeeze the dime.” I fidgeted.

“Please hold still,” came a voice from outside the shaft of shame.

I watched as the lights and numbers revealed how much time remained. Three minutes. I could do it! No! My body betrayed me at the one-minute mark. I was trapped and helpless so my nervous body did what it does best: it farted.  I released gas with the intensity and conviction of a team of sumo wrestlers after a chili-eating contest. And the confined space caused the sound to be amplified as if a dozen foghorns had simultaneously activated. I didn’t know whether to cry, giggle, or call my son and brag.

“Well now, I think we have enough images,” the handsome technician said, suppressing a  laugh.

The magic bed moved backwards into freedom, bringing along the putrid stench of decay. I was mortified as my imaginary meadow became a ravaged pasture full of rotting manure. What in the hell had I eaten? I avoided eye contact with the timid technician and hobbled back to the dressing room. Once again, I accepted my fate of being the perpetual, reluctant clown, the oddball, the one who farts during a complicated medical procedure.

If I ever need another MRI, I’ll request a facility in Texas. Everyone farts there.