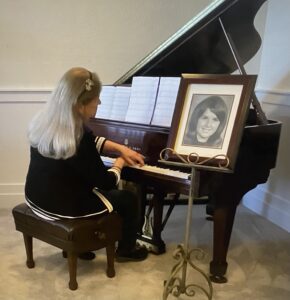 I was diagnosed with cardiomyopathy heart disease after suffering a heart attack in June. Surgery in July plus several prescribed medications have improved the function of my heart, but I continue to experience shortness of breath. I can’t walk or talk very long, and I’ve had to cancel speaking gigs and postpone a few scheduled webinars for my writing workshops. I can do one thing: play piano. 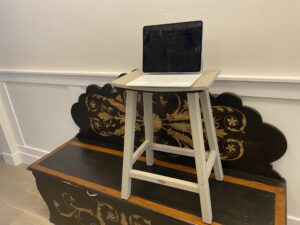 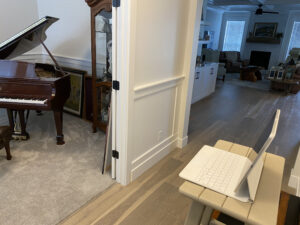 I started playing piano music to stimulate regular heartbeats and to share music. My elaborate recording studio consists of my iPad on a stool on a bench. I played the first song on August 1 and posted it to my Facebook account.

Requests started to come, and I kept playing. Most of the songs were my favorites, but there were a few new ones: I had never heard “One Little Candle,” but now I love the song. The most difficult requests to play were “Stairway to Heaven,” “You Must Love Me,” and “Bohemian Rhapsody.”

I wrote a synopsis for each request and enjoyed using various props, artwork, and outfits to go with each song. My hair changed color three times since August, going from brunette to blonde to “pewter.” Pewter sounds so much better than “gray.” 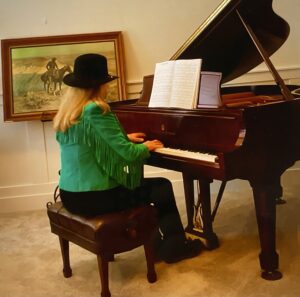 As I played each song, I imagined the person sitting in my piano room and listening to me play the requested song. I’m alone most of the time, so the experience was welcomed. My breathing has improved with the regular practicing and playing, and my weak heart is healing and full of joy.

I’m taking a break after playing 80 songs in 80 days. I’ll play and post more songs as Christmas gets closer. Who can resist some festive holiday music? I intend to keep the music playing as long as possible and share the healing harmony.

August 21 – “Somewhere Over the Rainbow”

September 5 – “All Things Bright and Beautiful”

September 9 – “Somewhere Out There”

September 12 – “What a Friend We Have in Jesus”

September 26 – “Bringing in the Sheaves”

October 1 – “Battle Hymn of the Republic” 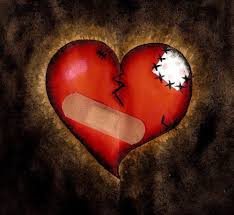