You are here: Home / blog / Granny Goes to Bottlerock 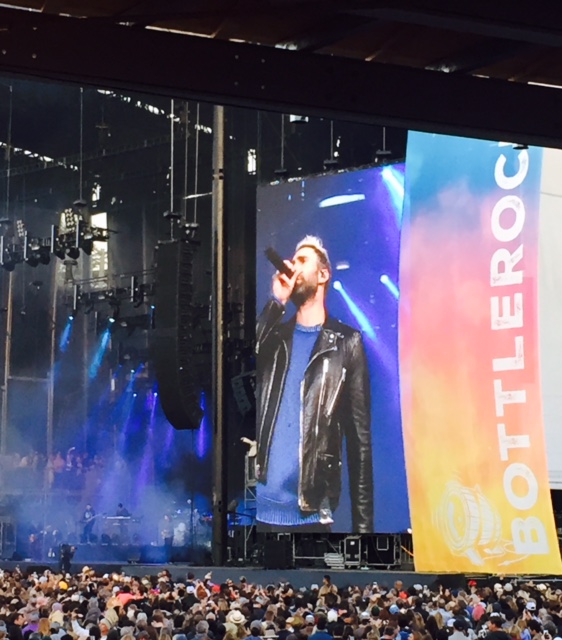 To celebrate my 65th summer, I released my inner rock diva and joined 100,000 people at Bottlerock in Napa, California. The three-day event featured 85 bands including Maroon 5 and Tom Petty performing on multiple stages, culinary stage artists such as Martha Stewart, and more than 100 food and beverage vendors. I enjoyed most of them.

It was easy for me to go incognito because no one noticed a chubby grandmother from Idaho. To bolster my self-confident solo act, I removed the toothpick from my mouth and brushed the hay from my hair and pretended to be an eccentric, international talent scout. By the afternoon, I had transformed into a mysterious countess from a distant realm.

Wine country can be inspirational in many ways, and I had planned a trip to Napa so I could concentrate on writing my memoir. I stayed at my timeshare resort and wrote about 6,000 words before needing a break. I decided to spend Friday at Bottlerock, and the experience didn’t disappoint.

Here are some observations about the sensory feast at Bottlerock: 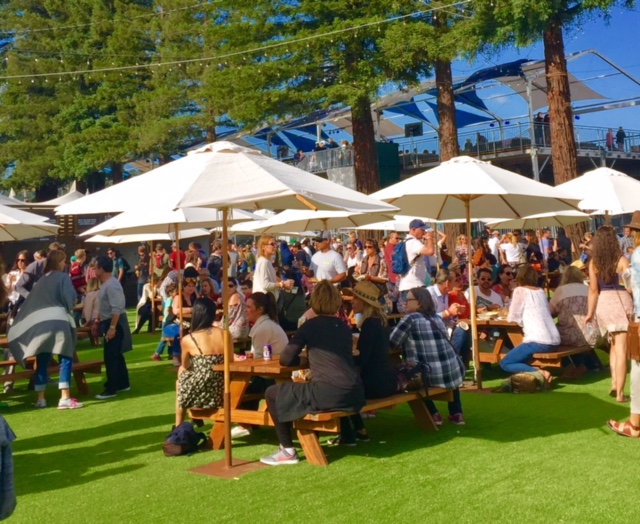 The sounds mingled the elegance of a symphonic quartet with a raucous hootenanny serenaded by screaming cats. Music is intoxicating for all ages, and I enjoyed the various rhythms, instruments, and singers prancing about the various stages. (Except for Rap. Rap makes me want to destroy something with a chainsaw.) With dozens of acts blaring simultaneously, the sounds reminded me of a long vacation drive with my kids when they were young. My new favorite band is Saint Motel, and their spirited, technical sounds momentarily inspired me to dye my hair fuchsia, get a tattoo, and climb aboard their tour bus. Common sense prevailed the next day. 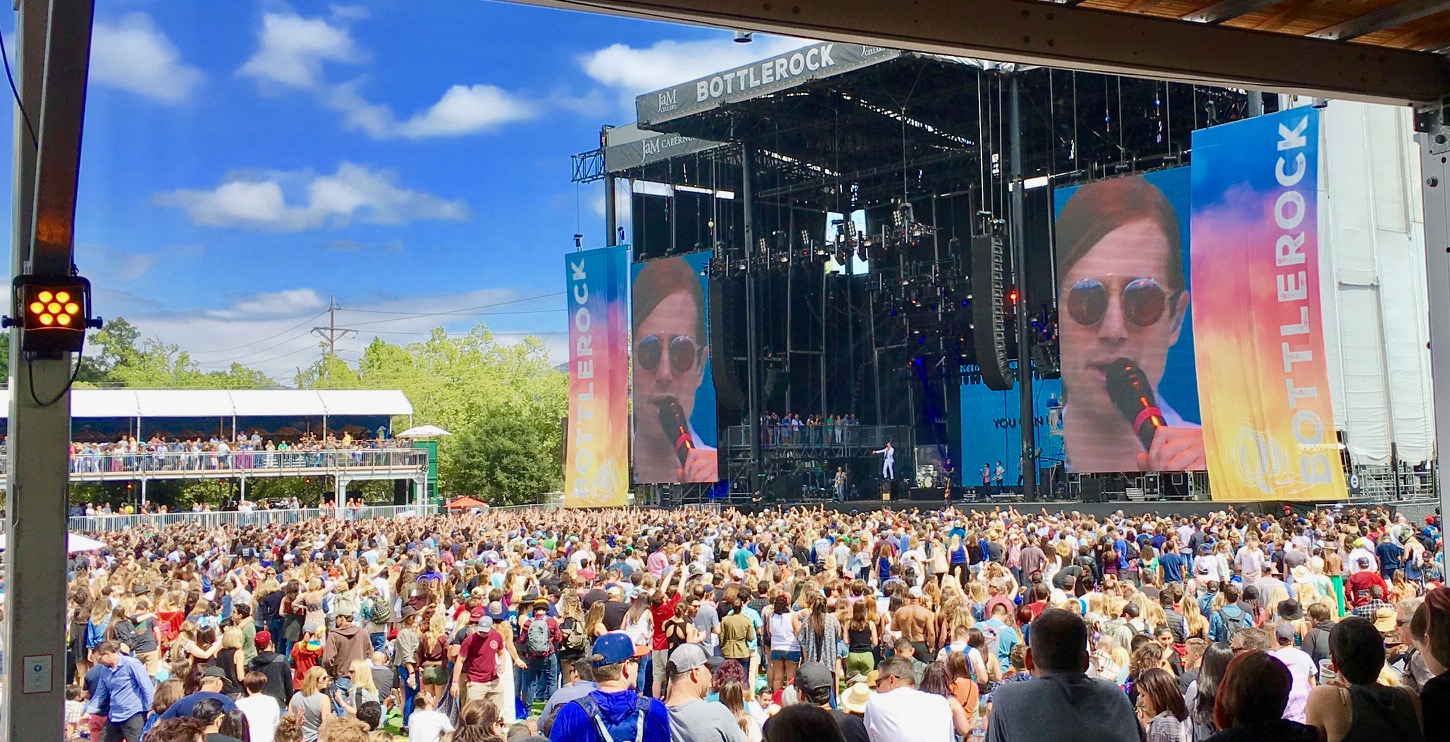 Sights ranged from amusing to horrifying. Many women at Bottlerock prefered to avoid the hassle of selecting fetching outfits because they didn’t wear a lot of clothes. Tank tops, ripped jeans, and teeny party dresses were in abundance on most females under 30. A few stripper outfits would have resulted in arrests back in Idaho. I attracted no jealous stares in my sensible cargo pants, t-shirt, practical hat, and Teva sandals. 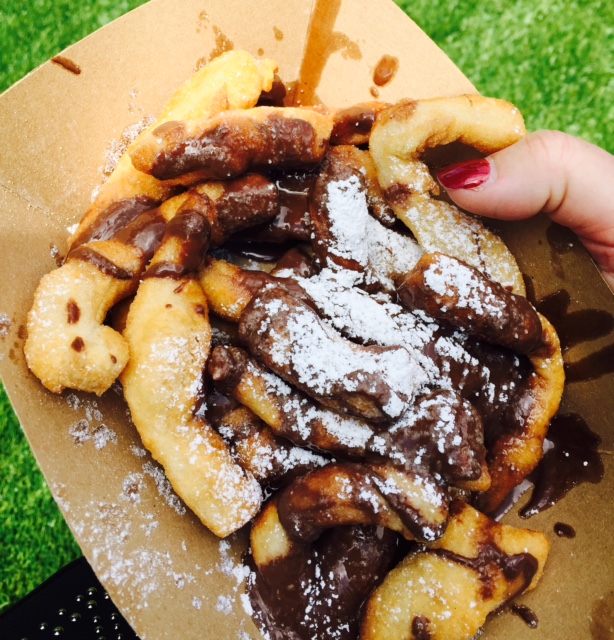 Tasting Bottlerock is a culinary extravaganza. For market research purposes, I buried my face in a paper bowl full of chocolate hazelnut beignets from Ca’ Momi organic Italian restaurant. It was organic so it must have been healthy. I washed down the gooey mess with a $25 glass of Silver Oak Cabernet. I reminded myself that I’m 65 and many people don’t make it to 65 so it was my duty to enjoy the opportunity. The next glass was appropriately less expensive. I didn’t have time or desire to try the duck or lamb tacos. 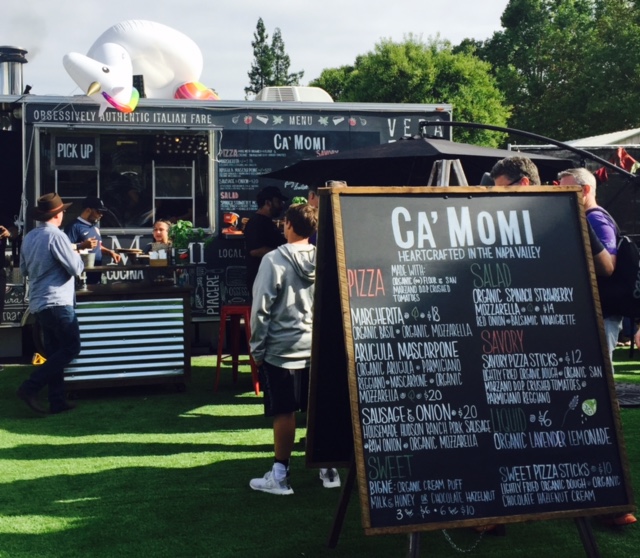 The smells of Bottlerock were what you would expect when tens of thousands of people come together to dance in the sunshine. Flowering plants released natural perfume combined with whiffs of pot, smoked barbecue, and a few dirty diapers. I hid my nose in several glasses of full-bodied Cabernet and the aromas were delightful. 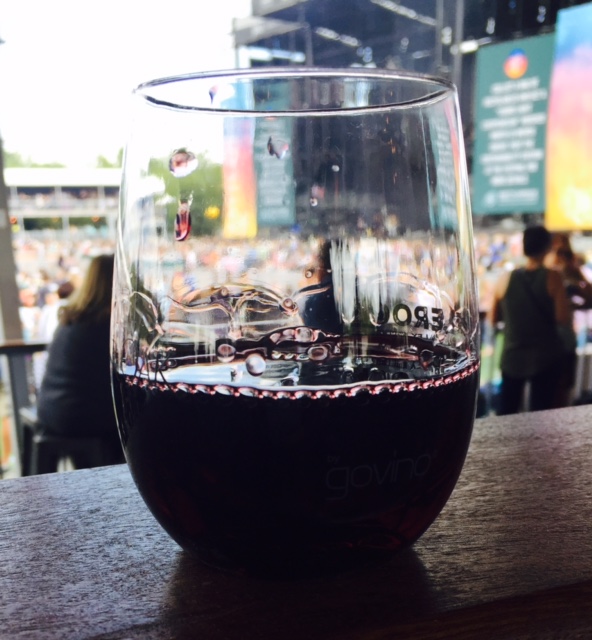 To feel Bottlerock, a person only had to stand close to the stage and brace for the crush of thousands of warm bodies pressing closer to see and hear the next act. I experienced several close encounters from another dimension, but again, no one wanted to offend  a silly grandmother. I stood my ground and didn’t let the pushy whippersnappers take my place. I think they were taking bets on when I would need a nap or start to drool.

Bottlerock reminds me of other venues that I only need to attend once, such as Disneyland on a holiday or the county fair on any day. In the immortal words of Mae West, you only live once but if you do it right, once is enough.

Back at my hotel room, I congratulated myself on maneuvering the logistics to get to and from the venue. My brain still worked after all! Then I pulled on my Grammy Jammie’s, slathered my weathered but happy face with ointment, and crashed into bed. I dreamed I was a rock star. 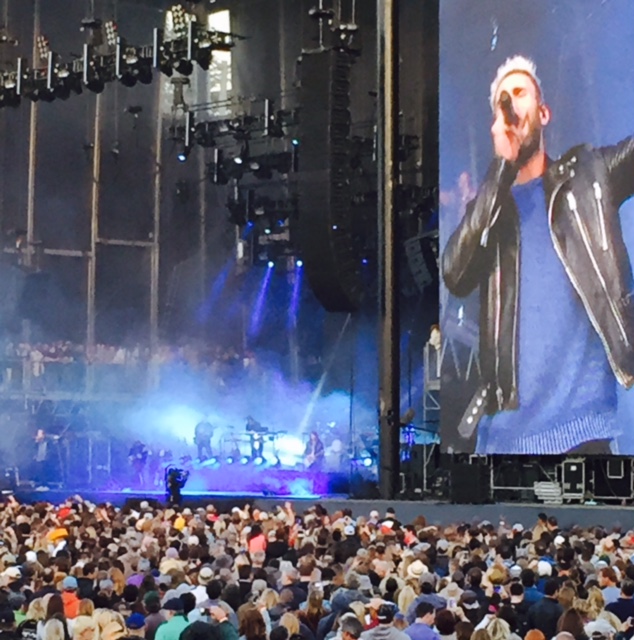