You are here: Home / blog / How to Stop the News Noise 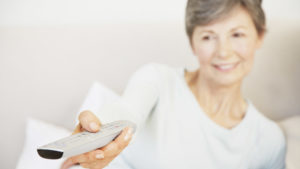 I’m a recovering news junkie. I used to start and end the day with a news program playing on television while I read a newspaper or news magazine.

Over the past few years, I graduated to social media. Every morning brought an onslaught of stories and comments on Facebook, Twitter and other accounts. I became addicted.

As civil discourse lost all civility, I got seduced with the power of making clever and sassy comments to share my opinions, which, obviously, were far better than any other viewpoint. A few times, strangers would respond with nasty remarks or belittle my intelligence.

Once, a friend of a friend wrote that I was ignorant. As I eagerly poised my fingers to blast a well-written rebuttal, I stopped. I asked myself, “What are you doing? You don’t know this person!”

I continued to read various online accounts and noticed the increasing dump of vitriol and mean remarks. Few of the comments contained educated, rational thoughts or suggestions for a compromise.

Some people in my circle of civilized middle-aged women became the older version of Mean Girls in Junior High.

How did this happen? A few years ago, I was trading a recipe with a casual acquaintance, and suddenly, she was labeling me a prude and questioning my legitimate heritage.

The insults were posted on the Internet for all the world to read. In the past, I could have called her and asked to meet over coffee and donuts. However, we lived thousands of miles apart, and I assumed she wouldn’t want to see me without a lawyer, bodyguard and insect repellant. It’s all so silly.

I’ve taken steps to stop the noise, and it’s working because I no longer want to smash glass with a hammer or yell at strangers on the Internet. Here are some suggestions that are making a positive impact for me.

Start the Day with Inspirational Music

Instead of a news program, I turn on my playlists of favorite songs. I have a quiet moment to meditate before starting the day and no longer feel the urge to call anyone a brainless barbarian.

Many people over age 60 are set in their ways and have taken a lifetime to justify their beliefs. I respect that. I’m trying harder to understand and consider the views of different generations.

My reality is not theirs. I’ll try and not call them a naive whippersnapper, and I hope they know my aged opinions remain relevant.

This old adage proves true among the abundance of claims and counterclaims. I really don’t care if someone has purple hair, wears enough multiple piercings to attract lightning, or carries a rodent in a purse. I care if that person spits in my face and calls me stupid.

Don’t Believe Everything You Read Online

I see too much ‘fake’ news and wrong assertions being forwarded by people who should know better. If someone writes that gremlins from another planet are coming to take my home or that eating pie will cause me to lose weight, I want proof and links to the facts. Skeptical wins over gullible.

By not wasting hours online, I have more time to volunteer or to use my talents and resources for better causes.

Share your energy to visit lonely older people, help struggling young parents or support community causes. Others will be grateful for your assistance and no one will write that you’re a useless pestilence on society.

End the Day with Music

It has been a major adjustment to change how I start and end the day. I stay informed about current events, but now I play music before going to bed. That way I’m not tempted to retort to a cruel remark made on Twitter when I have Josh Groban to sing me to sleep.

I can’t change the foul moods that permeate society, but I can write a humorous story or send a compliment online to a friend. By avoiding negative reactions, I want to contribute positive thoughts. At the end of the day, I don’t want to be known as the old lady who whined on Facebook.

How do you cope with all the negative energy in our country today? How can people over age 60 reach out to younger generations and encourage a constructive discussion? Are you making any changes to your usual routine in order to avoid bad moods?

The article above was published on the Sixty and Me website. http://sixtyandme.com/6-ways-to-stop-the-noise-of-constant-breaking-news/