You are here: Home / blog / In Defense of Faith 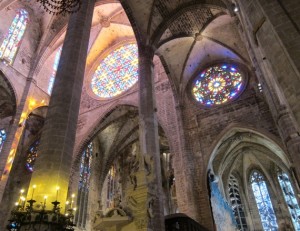 I recently read excerpts from a website authored by a person who mocks those who are religious or spiritual. The writer repeated the familiar condemnation of religion: it causes war, it’s the opiate of the masses, there isn’t some all-powerful giant sitting on a cloud causing calamity or salvation, and only the uneducated believe in a higher power. Apparently, the writer thinks he’s wiser than billions of people throughout the centuries who have worshiped and believed in God, a Higher Power, or various deities.

I’ve read several versions of the agnostic and atheist philosophies, and I’d like to offer a personal perspective. I’m a college graduate, and I’ve traveled to 32 countries around the world. I’ve watched a numerology service at a Chinese Sanctuary in Hong Kong. I’ve toured the massive, inspiring Alhambra Palace in Grenada, Spain which was rebuilt in 1333 for Islamic leaders. I wept in silence at the Dachau Concentration Camp outside Munich, Germany and offered prayers for the Jewish people. I’ve walked into the tombs in the Valley of the Kings in Egypt and learned about the hieroglyphics that depicted their various gods. I walked to a Hindu Temple on a hill overlooking Kathmandu, Nepal and spun the prayer wheels. I observed devoted worshipers offering fresh fruit to the Jade Buddha at a temple in Thailand. I hiked with a group of women across the Haleakala Crater in Maui, Hawaii and honored the Goddess Pele. I listened to Zulu guides chant around a campfire while on safari in South Africa. I stood in a two-hour Latin Mass in the Duomo in Florence, Italy and felt the Spirit of God wash over me. Through these travels, I’ve learned to respect the spiritual beliefs of other cultures and to solidify my own. I know, without a doubt, my redeemer lives. 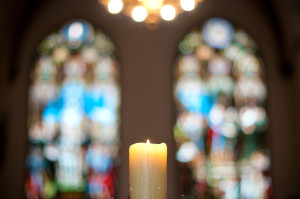 Music can be proof of a higher power. As a child, I sang in the church choir and loved singing the expanded “Gloria” portion in the song “Angels We Have Heard on High.” That experience began my lifelong love affair with music. In college, I sang in a concert choir that toured Europe. We performed in cathedrals in six countries, and our last concert was in the ornate American Cathedral in Paris, France. The acoustics amplified the harmonious sound, and at the end of the final song every choir member was in tears. I’ll never forget that profound spiritual experience.

I believe “The Messiah” is the greatest piece of music ever written. In 1741, George Handel wrote by hand the 259-page masterpiece in only 24 days. It’s recorded that he was crying while writing the final “Hallelujah Chorus” and said, “I saw heaven open and saw the very face of God.” How else could he have accomplished such an enormous and lasting gift to the world without being filled and inspired by the Holy Spirit?

As my mother lay dying, I played her favorite spiritual songs from Tennessee Ernie Ford. She had been unresponsive in a coma for several days, but as I held her hand I felt a slight reaction when Ford sang “Peace in the Valley.” I believe the movement wasn’t an involuntary reaction but a spiritual release from a tired but faithful soul. She died several hours later.

I don’t endorse any one religion, but I strongly believe there is a higher power called God, and humans have a need for spirituality. God doesn’t cause war and hatred; people do. The God I worship teaches us to love one another, forgive each other, and show mercy and kindness to those less fortunate. People in organized religions and cults have distorted the message to their own corrupt rules, foolish agenda, and evil purposes.

I’m skeptical when I read that “God saved the child from a horrible accident,” or “God cured the woman’s cancer.” Does this mean God didn’t care about those who died in accidents or suffered from terminal diseases? God is not a fairy godmother dispensing magical surprises. My God’s magnificent omnipotence surpasses our mortal, earthly concept of humanity and gender, and I believe God is not limited to “Our Father” because God is everything – male, female, and spirit.

I suggest that the writer of the blasphemous website do more research, travel to foreign spiritual areas, and become less critical of other’s beliefs. I have faith that someday he will feel the spirit and at least begin to wonder about peace in the valley.