You are here: Home / blog / Midlife Cabernet: Being Awesome Behind the Waste Basket 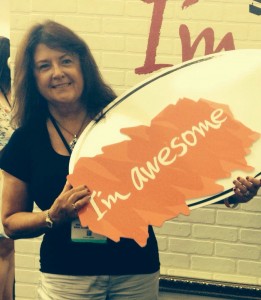 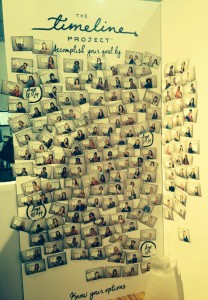 Last week I attended the BlogHer ’14 Conference in San Jose with several thousand other women and a few brave men. For most of the conference, my photograph was hidden behind a waste basket in the exposition hall. It was the last photo. Down near the floor. No one in the world was older.

But at the next booth, I held a sign that proclaimed, “I’m awesome!” These two wildly opposite comparisons describe my experience at the conference. Here’s what my aging brain can remember of the event. 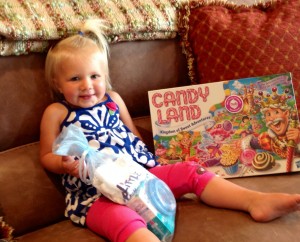 In the expo hall, several vendors offered ideas and solutions to motivate bloggers to achieve their goals. One booth promoted the Timeline Project which is a software application that helps users visualize and navigate events on a timeline. We were asked to write a specific goal and then our photos were pinned to the wall according to age group. My age group didn’t exist because I’m so old, so my photo was tacked to the bottom of the wall behind a waste basket.

From there I watched the high-heeled youth prance by, oblivious to the fact that I existed and could use a hand to get up. Many of them were scampering to see one of the Kardashians, so I wisely chose to stay behind on the wall. The vendors distributed bags of free swag, and the World’s Cutest Granddaughter loves her new game and toys. 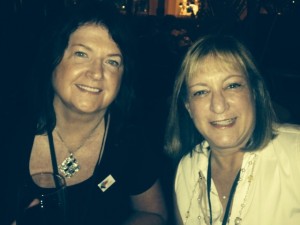 I share blogs with several groups of middle-aged women, and through their stories I knew them before I met them. “I recognize your face!” was a regular comment before the spontaneous hug. One of my new best friends is Sharon Hodor Greenthal, the co-founder of Midlife Boulevard and The Women of Midlife. We’re talking about organizing a retreat for our age group. I’ll bring the appropriate pin-up wall.

Speakers Who Made Me Cry 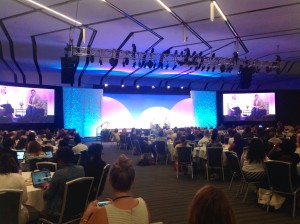 Arianna Huffington was delightful with her pithy quotes, but I felt conflicted because bloggers aren’t paid on Huffington Post. The exposure is great but doesn’t pay the mortgage. My favorite speakers were the bloggers who gave humorous, passionate, or emotional accounts of their stories. I’m awed by Jenny Lawson, author of Let’s Pretend This Never Happened, the twelve bloggers who were named the Voices of the Year, and the entire midlife blogging group. My favorite workshop taught me about Social Media Optimization, so now I know how to embed a widget on my blog. Ha!  But I’m still confused about Twitter Analytics because that sounds like a diagnosis for a nervous condition.

Know a Rev from a Dr 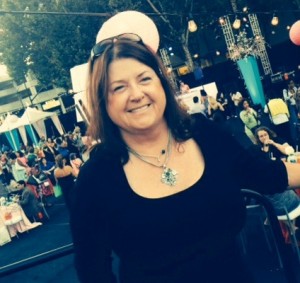 The closing party featured RUN DMC with Rev. Run. I honestly had no clue who he was and thought he was Dr. Dre. My younger, more hip friends quickly corrected me. My bad. But the music was great and I ate a McDonald’s hamburger for the first time in 30 years. I still prefer wine and chocolate. 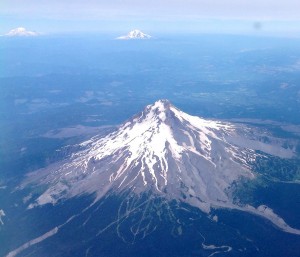 On the flight home, I gazed at the Cascade Mountains and reflected on the highs and lows of the conference. In a perfect world, I could go back 30 years and write a blog instead of working in corporate communications. But, I’m tumbling down the far side of fifty and damn fortunate to have enjoyed such an abundant life. And, I didn’t need to go home to change diapers or return to full-time work. Middle-age is a great time of life, and I choose to get out from behind the waste basket and savor every day I have left. Because, as I learned at BlogHer/14, I’m awesome.