You are here: Home / blog / Singing My Rendition of the Birthday Blues 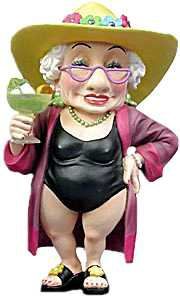 Today is my birthday, so I’ll take a pitiful look at the past and remember why I’m so grateful for the present. My childhood was far from fun because I was designated as a Problem Child Who Lacked the Ability to Conform. The following is an excerpt from my new book, Midlife Happy Hour.

I suspected at a young age that my parents didn’t like me. When I was five-years-old, they gave me scissors and told me to go outside and run around. Mom allowed me to ride in the front seat of her car, usually standing up without restraint. My dad introduced the family by saying, “I have two outstanding children. And Elaine.” My suspicions were confirmed when they dropped me off at college and sped away. I was on to them.

I was born as a total disappointment and retained that dubious distinction throughout my childhood. I survived next to my dead sister in my mother’s womb and should have been hailed as one tough little fighter, but no. After I emerged all ready to be adored and cuddled, my father shook his head and left the hospital as his exhausted wife meekly apologized for the transgression of having a girl. Even as a newborn baby, I must have sensed that it wasn’t cozy in my bright, new world because I wailed for an hour until some exasperated nurse shoved a bottle in my mouth. That powerful incident probably accounts for my future weight problems, and in all honesty, contributed significantly to my need as an adult to have some kind of bottle nearby.

When I was old enough to ask about my twin sister, my mother only commented that the baby had died sometime before birth. Two bassinets were waiting in the delivery room, but the first baby, named Arlene, was born dead. I could only imagine the utter dismay my father would have felt if he had wasted his time and energy on siring and supporting two female children. He probably would have hung black curtains over the door and lamented his misfortune over another glass of Crown Royal at the Silver Spur, the local saloon in the village of Wendell, Idaho. The grizzled men sitting around the bar would have nodded in solemn agreement through the smoke-filled room, mumbling with pity about his great calamity. In a small farming community, more sons meant more workers in the field.

“Too bad about them females,” ol’ Titus would mutter, a toothpick bobbing between his chapped lips as he spoke. “Can’t get much work out of a girl.”

“I suppose one would be tolerable,” I imagined my father answering. “The wife needs help during the canning season and she’s always behind with mending my socks. A girl could help with the household chores.”

“Remember what happened to Burt,” the bartender would mention as he wiped the sticky bar with a dirty cloth. “Had six headstrong girls and they all got themselves into trouble. I heard some of them moved to an apartment in Boise and got jobs. Can you imagine?” Heads would collectively shake in dismay and another round of shots would be ordered. Woe to the man who raised a herd of rebellious girls. Burt, an empty shell of a man, and his submissive wife eventually moved away and never returned.

A few years later, the same men at the bar cheered and passed cigars when my father proudly announced the grand and glorious birth of another son. Again, he was king of the county. The Crown Royal, the Deluxe Extra-Rare Edition, was passed around and backs were slapped in a manly manner. 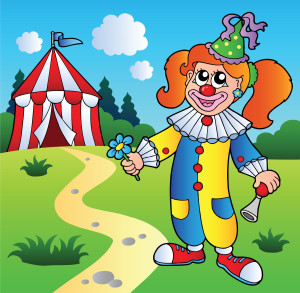 Over the years, much to my father’s irritation, I refused to accept my assigned status as a less desirable human. My rebellion began as a toddler when I refused to wear the dresses my mother sewed for me. Instead, I pulled on my brother’s clothes and preferred playing in mud to playing with dolls. By age five, I loved running outside and on more than one occasion I threw off my shirt so I could play Cowboys and Indians with my brothers and their friends. My mother would come yelling out the door, drag me inside, and punish me for showing off my flat chest. At the time, I couldn’t understand why only boys got to do fun things like remove their shirts and pee standing up.

At school, I never received any awards for good behavior. When my teachers said I acted like a clown, I said, “Thank you. Next show is at noon.”

Time didn’t temper my awkward nonconformity, but at least I had my creative brains to carry me through the judgmental hell of junior high school. Nerds didn’t need to worry about fashion or popularity contests because we were busy playing in the band, leading school organizations, and writing for the school newspaper. Actually, adult life didn’t turn out all that bad. At the last school reunion, the former popular kids were working for the nerds. Life can be sweet for a nonconformist.