You are here: Home / blog / Stepping and Schlepping Off the Plane

After observing humanity during a 14-hour journey from Sag Harbor, New York to Boise, Idaho, I’m convinced the standard travel attire for passengers includes ripped clothes, disheveled hair, and a grumpy attitude. They resemble comic book rogues who tear their clothes in fits of pending rage. I felt positively radiant in my coordinated knit ensemble, complete with a patient smile. As I cued in line for the privilege to sit in a child-sized space for four hours, I reminisced about a forgotten time when traveling was a luxurious pleasure.

Years ago, when I was fancy and corporate, I often visited an exclusive dress shop in downtown Boise. The proprietor, a thin and elegant woman named Dorothy, was hanging onto age 50 with clenched but manicured fingernails. She exuded all things classy and could have posed for a 1950s cigarette ad. Her arched eyebrow raised even higher whenever I entered. She liked me but mourned my conservative fashion sense and untoned body. I was on the D-List of Preferred Clients.

Once I needed a business outfit for a conference out of state. She welcomed me with bangled arms and air kisses and proceeded to collect various outfits to hang in a dressing room.

“This one is perfect,” she gushed as she held up a white sweater with white pants. “You’ll look fabulous as you step off the plane.”

“I’ll look like an albino ox,” I replied. “And what’s the fuss about stepping off the plane? Most of the passengers are wearing flannel pajama pants and stained sweatshirts as they stumble to baggage claim. I could be roller skating in a potato sack on fire with live rats dancing on my head and no one would notice.”

Dorothy sighed. “Where has all the glamour gone?” She replaced the white ensemble and added a serious navy-blue dress with a red collar.

“At least add a splash of color,” she begged. 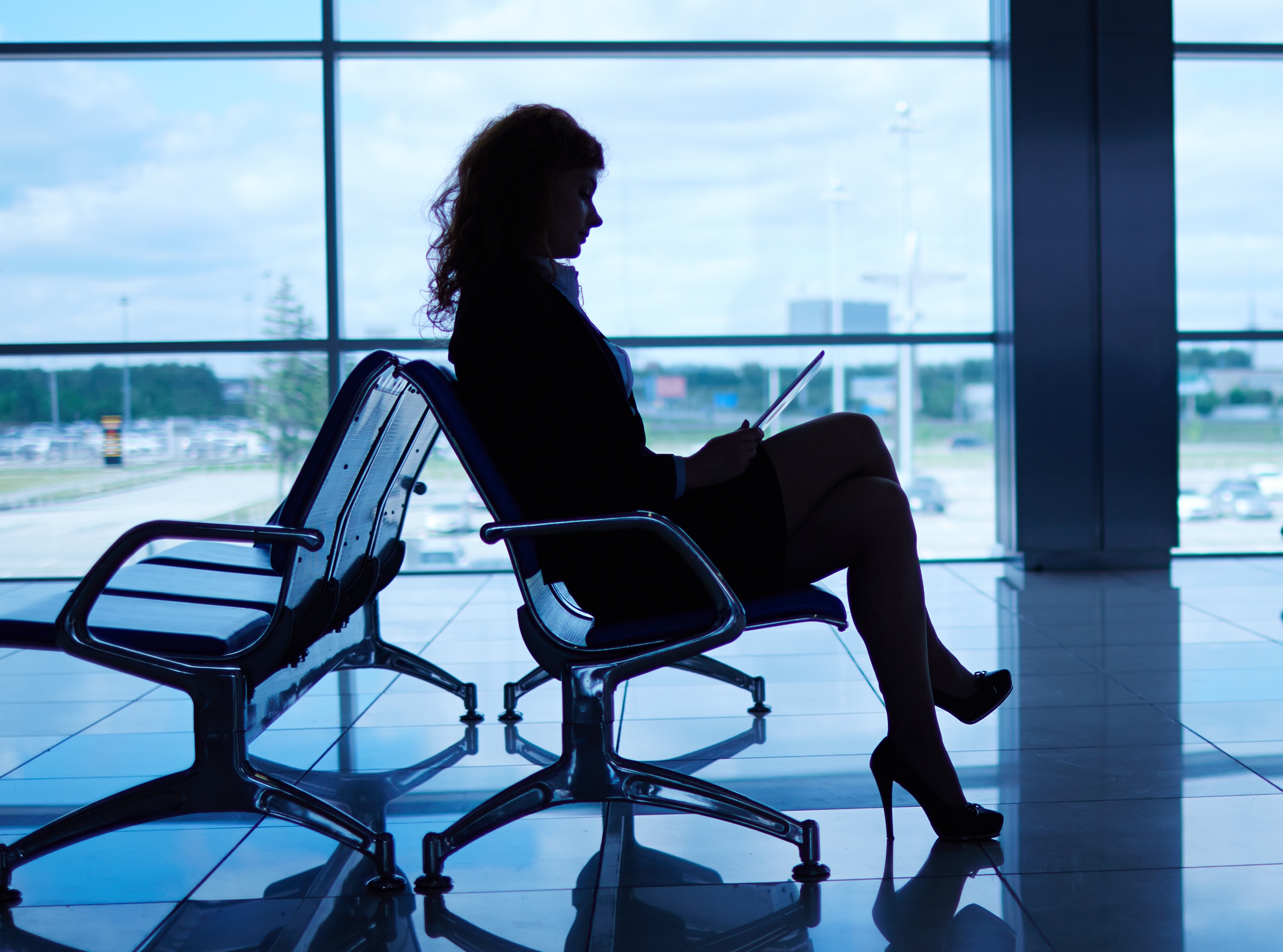 I liked the dress and purchased it for the trip. After the plane landed, I entered the terminal and paused for a brief moment to pose as Dorothy would prefer. A young mother pushing a stroller the size of a recliner crashed into my legs, snagging my pantyhose. She mumbled an apology while throwing fish crackers to her crying toddler and ambled down the corridor in a mass of harried, hurried people.

I limped down to the taxis and reflected on the time when travelers wore their best clothes. Typical attire included men in suits with ties and women in dresses and hats, some with gloves. Children and pets were rare and properly packaged. Passengers who stepped off the plane indicated they had, indeed, arrived.

I don’t work for a corporation anymore, so when traveling I opt for a more casual, practical outfit such as black leggings and a black and white tunic. At my age it really doesn’t matter because women over 50 are invisible to the huddled masses yearning to simultaneously read their cell phones and walk while ignoring the repetitive message from Big Sister, “Do Not Leave Your Luggage Unattended!”

Yesterday I️ had two hours before my connecting flight so stopped at the wine bar in the airport and ordered a Cabernet. A sophisticated older woman also sat at the bar. She wore a red cashmere suit with white pearls and her hair was full enough to hide small treasures. Her exquisite fingers curved around the wine glass as she smiled and offered a silent toast. I️ returned her gesture, thankful to no longer be invisible. After finishing her drink, she gathered her designer bags and sashayed from view as I heard distant music from Nat King Cole singing, “Unforgettable.” I imagined her name was Dorothy.