You are here: Home / blog / The Wisdom of Irish Taxi Drivers and Bartenders 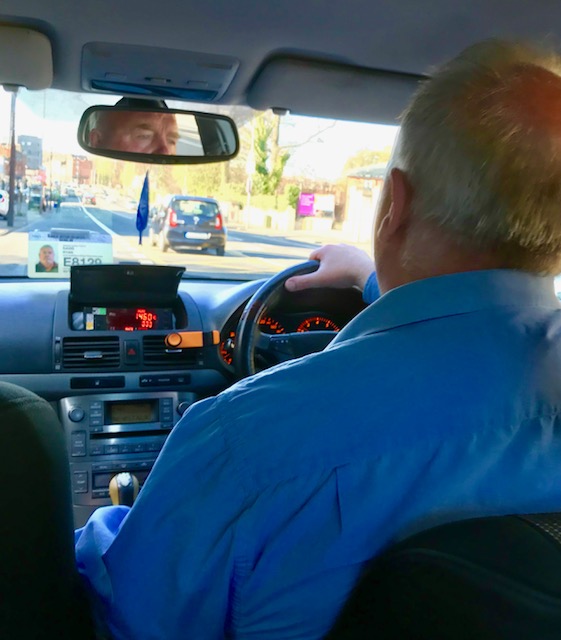 “Why are all the Americans mad as a box of frogs?” David asked as he drove from the Dublin International Airport to my hotel. “I don’t understand all the vitriol. The waste of time is biscuits to a bear.”

“I agree with you,” I replied as I rummaged for a pen and notebook to write quotes from the taxi driver. “I’ve been writing that sentiment for more than a year. I try to balance all the garbage with humor.”

“Ah, so you’re a writer lady,” he chortled in a delightful Irish brogue. “Don’t you know most of us are cut to the bone – that means fed up – with all the drama over there.”

“Not all of us are angry or depressed,” I assured him. “I’m proud of my country and am convinced we’ll survive the current chaos.”

“Well, I’m happy you’re not in tatters about politics. And I trust you’ll be seeing the favorite pubs of the famous Irish writers?”

“Yes, I’m going to the Temple Bar to find the table where James Joyce used to sit,” I responded. “And, then to St. Patrick’s Cathedral to see where Jonathan Swift is buried.”

“Don’t you forget Oscar Wilde. There’s his statue near the park.” He pointed to the monument as we neared my hotel.

The 30-minute drive with David was a treat because of the nonstop commentary about politics, writers, pubs, and his love of his native Dublin. We arrived at the hotel and he offered a few more words of advice.

“Have a good craic and enjoy a pint of Guinness,” he said and added a serious tone. “And watch for pickpockets at The Book of Kells and shysters who will try to sell ya the eye out of your head.”

I appreciated his concern and noted that he didn’t judge the fact that I was a woman traveling alone. I thanked him, paid the 22 Euro fare and added eight more for the tip. He said we were best friends and shook my hand with the fervor of a long-long cousin.

“I’ll never make it to the States,” he said as he got back into his taxi. “But, I’ll be watching for happier news. It’s silly for friends and family to be doin’ a number and destroyin’ relationships over a political situation that constantly changes.” He drove away, and I acknowledged another memorable taxi ride. 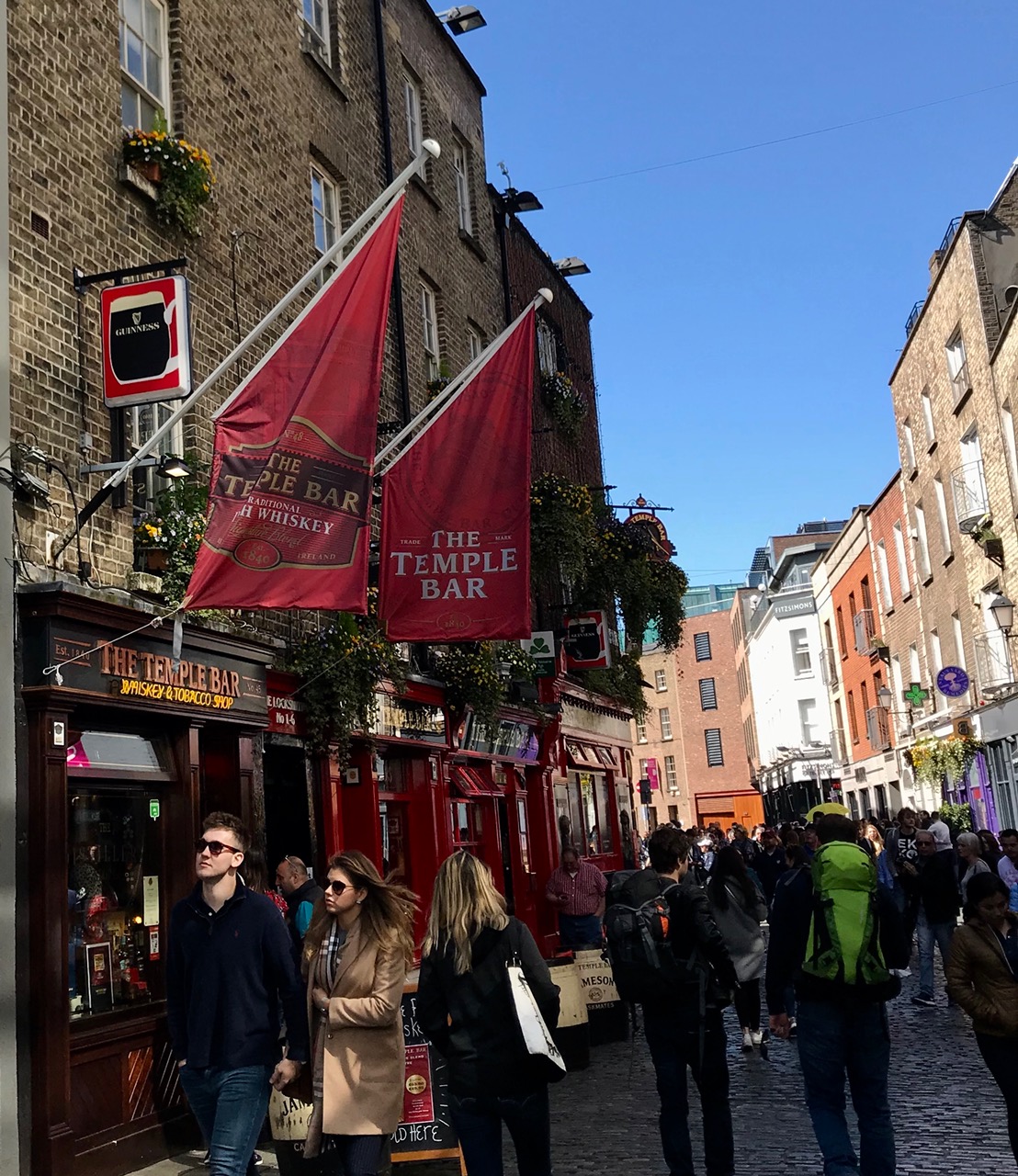 In my travels, I enjoy talking with local people I meet along the journey. They always have the best stories, advice, warnings, and opinions. Next to taxi drivers, the bartenders offer the best conversations. After checking into my room and grabbing a walking map from the front desk, I ventured onto the streets of Dublin. I found the Temple Bar and slide onto a stool at the bar.

A young woman named Elise came over and I ordered a ¼ pint of Guinness.

“That’s but a baby size,” she said. “Wouldn’t you like a big girl’s portion?”

I laughed with her and explained I wasn’t much of a beer drinker and after the obligatory taste of Irish beer would switch to red wine with a cheese board and a bowl of olives. She poured my beer and wine and set the glasses on coasters in front of me. I drank the beer first and then sipped the wine.

“It’s early and the crowds won’t start coming in for another hour so you have the bar to yourself,” she said. “What brings you to Dublin?”

I explained that I was spending the weekend by myself in Dublin after traveling on a week-long tour with Wayfinding Women. We had visited several spiritual sights including the Hill of Tara and Glendalough as we studied Celtic spiritual traditions.

“Jesus, Mary, and Joseph!” Elise exclaimed as she pushed some wayward red curls from her face. “Did you see any fairies or goddesses?”

“I believe we experienced some of them,” I answered, truthfully.

Elise hurried to the kitchen and brought back a platter piled with cheeses, olives, and dense brown bread. She implored me to tell her more. I explained that I had been on a personal journey to deal with the recent deaths of my brother and mother. I also led writing discussions with the other women on the tour.

“I’m delighted to meet you,” Elise gushed. “I’ve seen plenty of Americans in here wailing about your political whankers and muppets. But you seem beyond all the olagonin’.”

“What’s that word,” I asked, reaching for my notebook.

“It means moaning and complaining,” she answered. “Maybe it’s because the United States is so young the country is hitting the rebellious teenage years. Our rugged Irish heritage has survived for thousands of years, and we’ve reached the wise, old ancestor stage. Maybe we’re luckier than you are.” 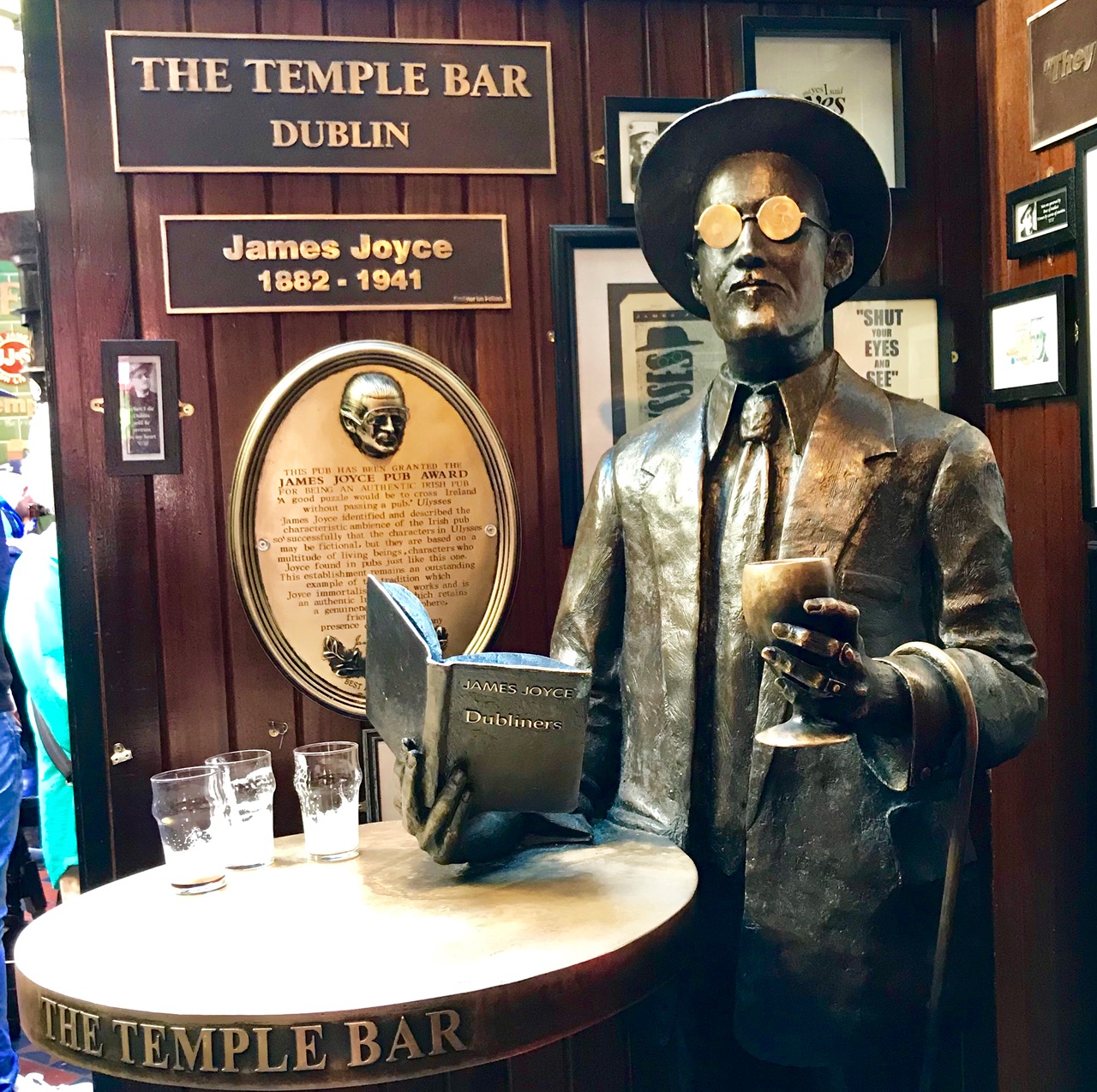 Patrons began filling the bar, and many were eager to find the bronze statue of James Joyce. I had a favorite quote of Joyce’s and was waiting for the perfect time to use it. The time was appropriate.

I think I would know Nora’s fart anywhere. I think I could pick hers out in a roomful of farting women.
From selected Letters of James Joyce about his wife Nora

Elise laughed out loud and dashed off to chat with the noisy customers lining the bar. When she brought my tab, she took my hand and thanked me for being a happy American. I thanked her for the important lesson about Irish heritage.

As I walked back to my hotel, I thought about the conversations with David and Elise. They joined the long list of fascinating and wise people I’d met throughout the years. In their honor, I was determined to return to the States and not become a whanker in a box of angry frogs.