You are here: Home / blog / To the Bad Dad in the Bleachers 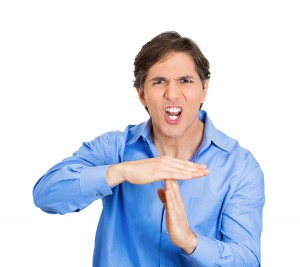 Dear Bad Dad in the Bleachers,

You are a bully. You stand and yell at your daughter as she plays in a basketball game, your fists are clenched, your face is distorted in rage. She is only 12-years-old, and your cruel actions break my heart.

She’s doing her best to play for her team, and when she catches the ball she eagerly makes her way down the court. I watch as she looks over at you, hopeful for encouragement. Then an opposing team member snatches the ball. You stand again and yell at her, and I see the pained look in her eyes. Stop it.

She’s at a vulnerable age; not a little girl anymore and not a young woman. Her body is changing and she is unsure of her developing hips and breasts. She’s worried she might start her period during the game and blood will stain her white athletic shorts. She’s thinking about the older boy in the neighborhood who asked to give her a ride. She’s wondering about the party invitation she received for the weekend. She knows it will be a long night because her homework isn’t done yet. She’s embarrassed that you are yelling at her in public, and she cringes every time you scream at the referees and her coach.

You only have six more years to become a better parent for your daughter. Otherwise, when she’s 18 she’ll leave your home and try to make it on her own without the steady foundation of unconditional love from the first man in her life. The world will sense her insecurity and pounce like a wild beast.

I was that girl. I craved but never received my father’s affection or approval, and it took decades to finally accept myself. I am not proud of my two divorces or the way I lost a financial fortune because I trusted unscrupulous businessmen. I wish my father had cheered for me when I was 12.

I don’t know you or your family, but I know how your daughter feels. That’s why I wrote this letter, tucked it into an envelope, and handed it to you at the next game. I waited until you stood again and yelled at her. Please read this in private, and think about this wonderful girl who has such amazing potential in life. If you continue to destroy her self-esteem over a game with 12-year-olds, she will drop out of basketball, she will become distracted and dejected, and she will seek approval somewhere else, probably from someone who hurts her.