You are here: Home / blog / When Ice and Men were Hanging Off My Roof 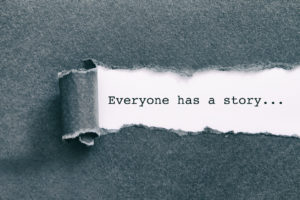 (Last night I was one of the illustrious storytellers on stage at the Alpine Playhouse in McCall for the inaugural “Stage Flight” program sponsored by the McCall Arts & Humanities Council. The theme was “Cabin Fever,” and I told the true and slightly embellished rendition of a dark and stormy night home alone in McCall. Preview their website for details about upcoming theatrics.) 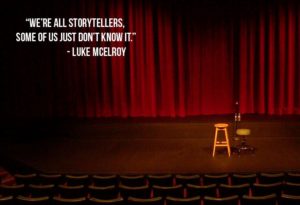 Dark, winter nights in McCall can cause a powerful level of extreme anxiety. Alone in the house, I hunkered down for the evening. The heavy snow had fallen for days, and a cold wind blowing over the lake plastered a thick layer of ice over the windows and doors. Even though I had been alone in the house for a few weeks, it was too cold for Cabin Fever!

Suddenly I heard a groaning, moaning sound that emanated from the walls – and it seemed as if the entire house was sagging under the weight of six feet of snow on the roof. I feared it could collapse at any moment.

I huddled beneath the huge support beam in the living room, determining that was the safest place to stay. For protection, I gathered blankets, flashlights, two boxes of Girl Scout cookies, two bottles of wine, an opener and glass, and a roll of toilet paper. That’s my favorite go-to survival kit.

The house continued to moan and groan, as if suffering under the weight and cold of a forlorn world. I opened a bottle of wine, and soon my fears subsided and I fell asleep.

A daybreak, I woke and scratched off a layer of ice from the inside of the window and peeked outside. The scene was out of the movie “Dr Zhivago” as total whiteness covered everything for as far as I could see. It could be compared to the scenes from Disney’s movie “Frozen.” I imagine a girl could be knocking on the door, singing “Do you want to build a snowman?” No. I don’t want to build snowman. Go away.

I couldn’t distinguish the lake from the land. I noticed the ceiling over the front door was bowing. I tried to open the door, but it was stuck. I was stranded in a snow tomb. I added a layer of sweatshirts and flannel pants and sat to ponder the situation. Would I live through the winter? Or would they find my cold body surrounded by empty cookie boxes and clutching two empty wine bottles? They would shake their heads and mutter, “Oh, poor Elaine. She was good for a few laughs. Too bad she died alone, miserable, and wearing such a ghastly outfit.”

The telephone still worked, so I called my list of workers who shoveled roofs. The recorded message said to leave my number and they would get back to me. I waited four hours, watching the snow fall and the ceiling bulge. I opened more wine.

Finally, a call came in the afternoon. Crews were coming from out of town to help shovel roofs. The cost would be $200, paid in advance, in cash. I considered changing my profession. But, I was helpless and desperate.

I pawed through all my purses and then emptied my wine stash to come up with the cash. An hour later, they knocked on the door. I still couldn’t open the door, so I waved the cash from the window and the workers cleared enough snow from around the door and on the roof over the door so I could open it. We exchanged pleasantries, I gave them the money, and the crew of four bundled workers proceeded to haul ladders and shovels around the house. I noticed that a few of them smelled of alcohol and appeared to be impaired. But when snowed in during a winter in McCall, one can’t be too picky.

The snow stopped falling, and I sat in the living room listening to the sound of men stomping and shoveling on the roof. The television visual reception was poor but I turned on the TV to hear audio reports of the Olympic Games. I had to imagine how wonderful or horrible the performances were as the announcers read the numbers of the scores.

Suddenly, I heard a commotion and saw a shovel fall in front of the picture window and then a huge figure fell part-way and dangled in front of the window. Without being properly introduced, I was staring at the inglorious view of a man’s bare butt. One of the less than sober workers had slipped and fallen off the edge. His coat caught on a protruding beam and suspended him in air, but his heavy snow-covered pants continued to fall. Unfortunately, he never listened to his mother when she told him to wear clean underwear in case he got in an accident – or for this matter, he wasn’t wearing any underwear at all. I was relieved he wasn’t dangling the other way or I might have seen something else dangling – even though it would have been a small show due to the extreme cold.

Soon his buddies came to the rescue and unhooked his coat. He tumbled to the deck in a heap. Even through the heavy snow and solid walls, I could hear the colorful and creative language.

Daylight was fading and the snow returned. The workers loaded their gear and prepared to leave. One came to the door and said they had removed most of the snow and would return soon to finish the job. Then he apologized for the falling worker.

“That’s okay,” I said. “But please tell him he scored an 8 for performance but only a 2 for visual appeal. No gold medal for him!”

They fired up their noisy truck and drove away into the falling snow. I never saw the crew again. 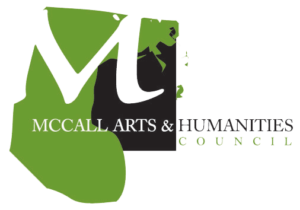