You are here: Home / blog / Good Advice for Bad Reviews 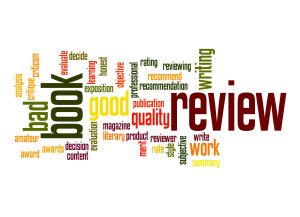 If I’m feeling a bit too confident and need an instant dose of humility, I read some bad reviews about my latest book Midlife Cabernet. This self-inflicted pain is sure to temporarily destroy my positive attitude and slaughter the pretentious belief that I am a writer. To prevent myself from trading my computer for a clown costume and running away to join the circus, I’ve discovered a convenient technique to overcome the humiliation: Spy on the reviewers.

My book has almost 700 reviews on Amazon.com and Goodreads, and 78% of them are positive. But, I can’t resist peeking at the negative comments. For example, a few months ago Donna gave the book a 1-Star rating out of 5 stars. Here is her review:

I couldn’t glean any helpful suggestions from this nasty comment, nor did I determine how to please Donna. I investigated her other reviews and noticed she had written only eight comments and had given three 1-star ratings. I decided that Donna is too high-maintenance and doesn’t deserve my sparkling humor.

McNay, a prolific reviewer, also gave the book a 1-star rating and wrote that she returned it for credit because she couldn’t finish reading it. I inspected her biography and noted that she gave 5-star ratings to a digital meat thermometer and a cuticle clipper she had ordered from Amazon.com. I can’t compete with those products.

Ronald Seiberton wrote a terse comment about the book:

I discovered that he had written a grand total of three reviews and had given five stars to a book about the Dalai Lama. I have to wonder why he even purchased a copy of Midlife Cabernet.

A reviewer named Cocoa’s Mama gave the book a 2-star rating and wrote, “This book did have it’s humorous moments, but all the five star reviews have me baffled. This book was not at all well written.” I smugly noticed that her review wasn’t well-written either and contained at least three grammatical errors. But, she did give a 5-star review to a reversible puffy vest for dogs.

The reviews on Goodreads were also humbling. Maureen gave the book 1-star rating and wrote:

“I couldn’t force myself to finish this book. It is full of insipid one-liners which are fine for 10 minutes.”

Maureen, please admit I amused you for ten minutes. That’s all I need. I also noted that Maureen gave a 3-star rating to George Orwell’s 1984. So, I’ve got that going for me.

Rhonda LeRay gave the book a 1-star rating, but I noticed she read and liked a book titled, 101 Things to Do with Popcorn. I don’t want Rhonda to like my book.

I began to whimper as I read through more bad reviews. Sheri Slomnick gave it two stars and wrote that she was in her 30s and didn’t find the book as funny as advertised. Sheri, sweetheart, the subtitle is “Life, Love, & Laughter after 50.” Read it again in 20 years and write a better comment.

Finally, a man named Guy gave the book another 1-star ranking. His profile notes that he is a corporate director, merchant banker, and strategic advisor. Perhaps a book titled Midlife Cabernetshouldn’t be included on his must-read list.

I don’t think reviewers realize how devastating a 1-star rating can hurt sales (and feelings.) Was it really that bad? Have they ever written anything beyond a few lines of criticism? There’s only one action to do after wallowing through the condemning, vicious comments. Meekly return to the 5-star reviews and find reasons to live. I linger on this one:

“This book was one of the most funny, endearing books I’ve read.”

The quote is from my friend, but that doesn’t matter. I believe in my heart that she is correct.